Kirsty Gaythwaite is a maths teacher at Goodwin Academy, a mixed secondary school in Deal, Kent. In 2020, she won a gold prize in the national teaching awards for outstanding new teacher of the year. She talked to Teach Now.

Teach Now: How did you get into teaching?

Kirsty Gaythwaite: Teaching has never been something I’ve considered doing – it just happened. I started as a teaching assistant at the Goodwin Academy in 2009 and became a cover supervisor there in 2013. In September 2014, I was asked to cover a maths teaching job until they could find someone who could take it on permanently. I had a flair for teaching, so I was asked if I would like to carry out my teacher training. I thought, yeah, I’m enjoying this. I’ve always loved maths and a year later I started a diploma in education and training at Ashford College. I went there one evening a week while I was teaching a full timetable. I had to study at weekends and do all the planning, delivering and marking. I was a single parent, so it was pretty challenging. I graduated in 2018. My route was different from those who’ve gone to university.

Now I’m assistant head of maths. I’m glad I was noticed because I never really had much faith in myself. For me, teaching is a vocation, it’s not just a job. I love it.

TN: Who inspires you and whom do you hope to inspire?

KG: My students and colleagues inspire me. My colleagues have shown me there’s a tough part to teaching, but equally there’s such a reward at the end of it. Then there’s that student that has that lightbulb moment or the student that’s answered a question when they’ve never answered anything before. The kids are inspiring.

Being a single parent and being told that I was never going to amount to anything – that spurred me on. I want my daughter to see that even though you’re a single parent you can have aspirations. I want her to be inspired by me and to know that you can be whatever you want to be as long as you put your mind to it.

TN: Was there a teacher that influenced you?

KG: My head of department Mrs Elizabeth Hutley was my mentor. Her love of teaching has rubbed off on me. Watching her teach and seeing her influence on the students – it makes me think that’s who I want to be. I want to be someone students look up to. It’s about showing them I’m a real person. We’re not just teachers – we can also have a laugh, we can talk about EastEnders and I can let them know a bit about me. It’s about building those relationships.

TN: What key pieces of advice have helped you the most during your career?

KG: Ms Helen Rose, a teacher who once worked at the academy, used to say: “There’s only 24 hours in a day.” My ‘to do’ list is always growing and Helen Rose helped me realise that you just need to prioritise and not get stressed about it.

Lizzy Hutley also taught me that it’s OK to deviate from the lesson plan. I used to be a bit rigid, always sticking to the plan. But deviating from it means I’m listening to my students, I’m adapting the lesson to meet their needs.

TN: What’s special about the academy?

KG: We went from being two separate schools to a merged school. The school we merged with had some real challenges. Teachers had left the profession and there were so many cover staff – students’ behaviour reflected that. But after a few years of struggle, we are stronger than ever and are emerging as a favoured school of choice.

TN: How has Covid-19 affected the way you work with students?

KG: Two-thirds of our learning has been online. I got Covid last October and I was really poorly throughout half term and then I was isolating. So I did ‘flip teaching’ where I was at home teaching students who were in school with a behaviour manager in the classroom and a couple of other students also at home isolating.

We have an amazing wellbeing team. They make weekly phone calls to students or parents. It’s also about just being there, helping the students and letting them sound off.

TN: What’s the best thing about your job?

KG: Knowing that for most of my students I have had a positive impact not only on their future choices but also on their life skills. It’s not just about maths in my classroom. It’s about getting to know my students. This last year they have been the heroes. They’ve been thrown into this and I think they are inspiring – they haven’t moaned about it, but have adapted.

TN: What’s the hardest thing about your job?

KG: Most teachers would say it’s the workload and the work-life balance. But it goes back to my ‘to do’ list. I make my list and I know what I need to do to get things done.

Being a parent and a teacher means there’s guilt that comes with that. When I’m spending three hours in the evening on my laptop and my 12-year-old daughter asks me for a cuddle and I have to say I need to finish something, it can be difficult. But I try not to be hard on myself. It’s OK not to be perfect all the time.

TN: What advice would you give other new teachers?

KG: My advice would be to recognise that it’s not always going to be as challenging as it might feel when you’re new. As you build up your bank of resources, you’ll get to a situation where your lesson is already there and you won’t have to start from scratch.

TN: What do you enjoy doing when you’re not working?

KG: I like spending time with my family and my friends. I like walking. We have such beautiful scenery in Deal – there’s the seafront and there are lots of walks we can do. I love dancing and singing – that makes me happy. Materialistic things really don’t matter any more. It’s the human interaction, the closeness to a family member and the hugs that are important. 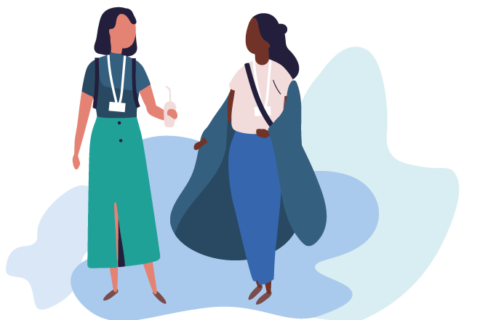 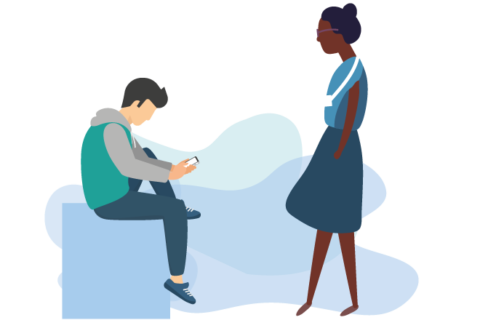 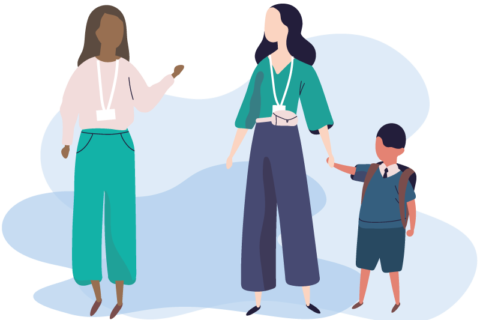