(An Interview with Leonie Huie BEM)

Schools are predominantly set up to teach children born in different years. With twins and multiples, it can become a challenge to ensure their needs are considered and that they are included. This extends to how teachers and schools communicate with them and their parents, whether or not the siblings are taught in the same class.

Leonie Huie, a part-time teacher and a mum to three-year-old twin girls from Southwark, is the author of The First Year Is Survival, a book published in October 2020 for parents of twins and multiples – writes London News Online on 13th January 2021. She was also awarded the British Empire Medal in the 2021 New Year’s Honours for her service’s to education.

Huie is very personable and humble. She says she doesn’t know why she received the award, but it soon becomes clear that she is inspirational. She believes that either another teacher or a person within education commended her.  She nevertheless received an email from the Honour’s Committee, which explained that while there would no awards ceremony at Buckingham Palace to meet the Queen, due to the Covid-19 pandemic, they hope to invite her to a future garden party.

The newspaper says: “Leonie was a teacher at Harris Peckham Academy during its transition from being the Warwick Park School. Her teaching career has also taken her to St Saviour’s & St Olave’s Girls School in New Kent Road and Lilian Baylis Technology School in Kennington Lane, Vauxhall.” The school changed its name from Warwick Park to Harris Peckham while she worked there.

She adds: “It’s been tough teaching in schools especially Harris Peckham Academy. The school and its predecessor of it, Warwick Park, had experiences a lot of gang violence when I worked there in 2003 and before then. I lived in North-West London and so I wasn’t aware of such violence in schools. Yet I noticed the behaviour of the children wasn’t what I was used to, compared to where I went to school in Camden Town.”

However, where Harris Peckham is located, there is North Peckham Estate, which is where Damilola Taylor was unfortunately killed. She says that’s the type of gang violence the school was trying to get away from. The estate has since been knocked down and re-built with modern housing.

The school also worked hard to eradicate the gang violence, and it improved the educational experience of its children. Harris Peckham enhanced its quality of teaching, and eventually got rid of the gang violence. “The building was amazing, they had state-of-the art equipment, and it really helped to boost morale”, Huie says before commenting that many of the school’s children were born into families where they had no say. So, in her opinion, it was quite difficult for them to have the best education possible.

To enable the children to change their lives, she says there was a need to for every child, regardless of their background, to have access to the best education. She explains: “It was wonderful to see the children having the chance to achieve this. However, before the transformation, some ex-pupils went to prison and some of them are still in that crowd.”

“There have been quite a few changes of Head Teachers, but it warms me when you look at the school now. Finally, some really good changes have taken place, and they are working. You want your kids to learn, you don’t want them to end up in gangs.”

With regards to teaching twins and multiples, she says that some parents don’t want their kids to be separated. However, at Year 9 in secondary school, this might happen because that’s the year in which they choose their optional subjects.

“At the moment, my kids are in nursery and they are together, but when they get them to primary school, I’d like them to be separated, but my husband doesn’t”, she admits before commenting: “The connection between twins and multiples is very strong, and so some parents don’t want to separate them. However, some schools have a policy where they would be separated.”

One of Huie’s twins gets easily bored, and a teacher told her that’s because her child is bright, and therefore needs to be challenged more.  She taught her children at home before they went to nursery, and so they were quite advanced.

During this time, she noticed that one child is kinaesthetic, and therefore requires highly creative and a practical learning; and the other one is auditory and visual. Reflecting on this experience, she comments on how this might affect teaching twins and multiples: “As a teacher you have to adapt your teaching style. With a class of 30 it can be a struggle; it’s a challenge, but I’m used to it.”

Huie’s current teaching job is based in a secondary school in East London, where there are lots of twins attending. She says some lessons are the same, while others are not. She explains what she means: “When one twins is brighter than the other, we have to communicate this to parents. So long as you tell parents and communicate with them, they are usually okay.”

She says the Department for Education gives their guidance, the school curriculum, which schools and their teaching staff have to follow, but she confesses they haven’t been able to do so due to Covid-19 measures. Making matters more complicated is the cancellation of exams this year. Teachers will have to assess their pupils, putting pressure on teachers as they know the results could affect the future of each child. It’s a tough call, but teachers and schools are rising to the challenge.

That said, she concurs that primary school teachers may require some training to understand the relationship between twins and multiples. Huie adds: “My students know I’m a mother of twins, and so they get it. People don’t think about parents with twins and multiples because most have one child at a time. There is not one community with loads of twins. We just have to figure it out ourselves.”

“Parents of twins and multiples often say that their children’s schools don’t get it sometimes. Some say they are having to say my son won’t do it because his brother isn’t there. I do have twins in my Sixth Form who’ve never been separated. We have 2 sets of identical twins, and they are always together, whereas the fraternal twins are not always seen together and have different friends.”

She finds that it’s hard for teachers to understand both the connection as well as the differences between twins and multiples. Huie has also discovered that fraternal twins tend to do their own thing in some cases, while identical twins there is more of a connection. That’s one that schools often aren’t recognising.

Huie would therefore like to have a programme on to raise twins and multiples in school. However, she doesn’t think it will become government policy. Nevertheless, to address the issues affecting twins and multiples, she suggests that schools “could invite a consultant to help them to learn about them.”

Tips for teaching twins and multiples

So, her top tips for teaching twins and multiples are as follows:

She adds: “I have a friend who has triplets, and the teachers have no ideas what to do. They are all at different levels. They don’t look at them as being multiples, they look at them as being children with different needs. If you have a conversation with someone who doesn’t have twins or multiples, they might think you’re being over the top, but some training to increase understanding would be great. This would come from a school that has a large number of twins and multiples.”

She concludes, speaking both as a parent and as a teacher, that it’s nice to see and embrace the differences between twins and multiples: e.g. their mutual and strong bond and support for each other. “They are able to help each other in school and I found that twins have their own language, called cryptophasia”, which she has noticed her own children using.

To help expectant parents of twins and multiples, Huie has not only written her book, but also set up a Facebook group, called ‘Surviving 1st Year With Multiples’. It offers support and advice. She is a unique position to do this, being that she is a teacher, parent to twins, and an author who has extensively interviewed parents with twins and multiples from around the world.

One her of key messages for stressed teachers and parents of twins and multiples is that it’s good to talk, and to find support: “There are families out there, and there are teachers out there teaching and parenting twins or multiples. It can be quite challenging. Having someone to speak to when you feel overwhelmed is essential.” Thankfully, support is available. Some schools offer teachers and possibly parents access to counselling, and a number of schools have health and wellbeing clubs. This support can build a community; and enable both parents and teachers to advance their children’s education. 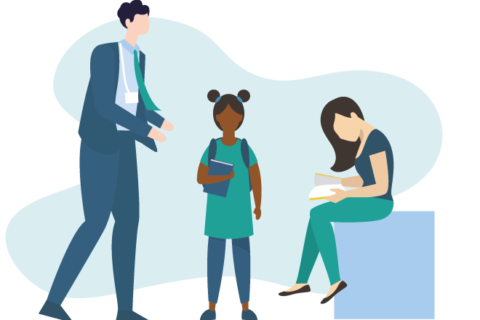 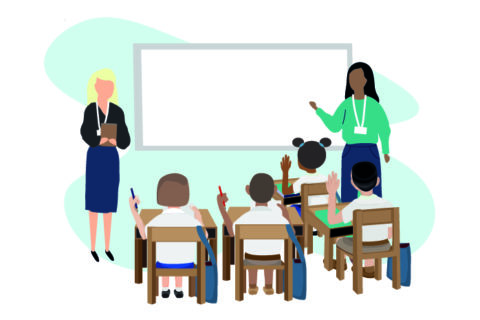 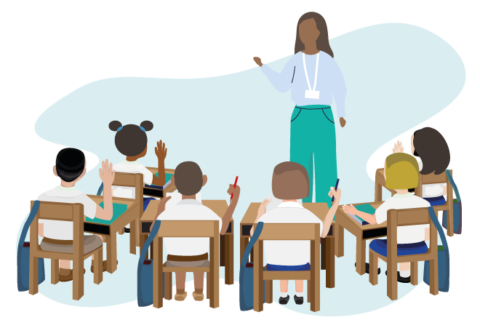 Pandemic: How Teachers Can Help Pupils to Catch Up