Should Schools Ban Phones or Embrace Technology in Education?

Should Schools Ban Phones or Embrace Technology in Education?

With an increasing number of parents seeing smartphones as a distraction in schools – particularly in the classroom, questions are arising about whether they should be completely banned, or whether they can actually be managed in such a way that they can benefit children and their education. Despite the temptation to use personal mobiles devices for inappropriate reasons in the classroom, Teach-Now finds that some schools are embracing them and even Bring Your Own Device (BYOD) policies. Yet the UK government has also proposed a ban on schoolchildren using them in schools.

Former education secretary Gavin Williamson, while he was still in office, is reported by BBC News to have said: “While it is for every school to make its own policy, I firmly believe that mobile phones should not be used or seen during the school day and will be backing head teachers who implement such policies.”

While admitting that technology has been perceived as being a Godsend during lockdowns, and has the support of the Government, he highlighted concerns about mobile devices distracting children from healthy exercise and “good old-fashioned play.” Other issues on his mind included cyber-bullying, and the alleged inappropriate use of social media sites.

“74% of the surveyed parents believe that a ban on mobile phones in schools would “stop their children from being distracted, while three in five (61%) say a ban would go a long way towards reducing bullying. “

On 1st September 2021, an FE News article sponsored by comparison and switching services company USwitch, revealed that 57% of parents now support banning mobile phones at schools – growing from 49% just two years ago. It also found that 74% of the surveyed parents believe that a ban on mobile phones in schools would “stop their children from being distracted, while three in five (61%) say a ban would go a long way towards reducing bullying.”

Interestingly, primary school children’s parents were found to be the most vocal advocates for a mobile phone and mobile device ban, with 69% suggesting that schools should have no phone zones. In comparison, only 48% of secondary school children’s parents called for this idea’s adoption. Ultimately, the study found that 82% of parents believe the decision to enforce a ban on devices should come from headteachers.

Al Kingsley, CEO of NetSupport, comments: “Although we lack exact statistics on how many children bring a personal device into school, we do know that by the age of eleven, 90 per cent of pupils own a mobile phone. With recent research describing phone ownership in secondary school as “almost universal,” it’s safe to assume that the vast majority of school children will bring their personal devices with them to school. Naturally, for many children, phones provide a clear line of communication with home, but they can also offer a certain level of reassurance for parents who view them as an additional safety measure.”

However, Graham Macaulay, Director of Innovation and Growth at Leo Academy Trust (which serves over 3,500 pupils from across the London Borough of Sutton, and is formed of 7 primary schools), says none of his pupils bring in a mobile device. They are instead supplied by the Trust to every one of its students. Their personal devices at left at the school office for safe-keeping, and so they are not used during the school day.

He adds: “We have no BYOD on site at all. We are primary schools, but there is an uptake of this in secondaries, so I would guess that 50% of the pupils bring in their own mobile device and this is partly because of Covid.”

In contrast, Inspired Education Group (which has 50,000 students across an international network of over 70 schools) operates a BYOD policy in its schools “to ensure all students are equipped to use technology to support their learning.” The group includes online school InterHigh, and so Nicholas Wergan, Global Education Director of Inspired Education Group argues that lockdown Covid-19 restrictions showed how powerful online learning can be across all age groups and across the curriculum. He explains that the group has taken the lessons learnt from its online learning and teaching experiences into its schools’ physical classrooms.

“We shouldn’t lock technology away again – rather embrace the positive lessons learnt of learning through technology,” he advises before commenting that at InterHigh students are learning and developing entirely through technology. He claims the children “thrive and flourish through learning in this way.”

Michael Wilkinson, Managing Director at Clickview – a video content resource for primary schools, secondary schools and further education, nevertheless agrees that smartphones and mobile devices in general have the potential to cause disruption in class. However, with a set of rules for managing children’s conduct and behaviour it can be either minimised or prevented from occurring.

“it’s important to find ways of embracing the opportunities that are presented by these technologies while minimising disruption. “

He adds: “So, for sure, a mobile phone has the potential for disruption, but no more so than any other means – such as passing a note around. Having mobile phones in the classroom needs to be balanced between the potential for disruption and their benefits, which can be vast. We used to talk about a mobile phone or a tablet, but it could now be an iWatch or other ‘Internet of Things’ type devices. So, it’s important to find ways of embracing the opportunities that are presented by these technologies while minimising disruption.”

So, if a BYOD policy were enforced by schools, or if the schools were to loan devices to their pupils, would a Government ban on them be necessary? Paul Carter, a former teacher and product owner at Mangahigh, believes that mobile devices are a key tool, and as such he doesn’t support a blanket ban. He says mobile devices and online learning can be used by schools to “differentiate their environments to suit the varying needs of everyone within their school.”

An example is a special educational needs (SEND) student in a mainstream school who might learn better through digital devices. By banning mobile devices, this personalisation would be removed for the sake of ensuring that everyone else in the class isn’t distracted. He therefore believes that the focus should be less on the personal mobile devices themselves. Instead, schools should concentrate on how to get the best out of their technology – especially when it comes to children’s education.

He explains: “There are millions of adaptive, online resources that have been proven to increase engagement and provide personalised learning both in the classroom and at home. Students coming through the education system now are born digital natives, so to take that away in the environment which is meant to be preparing them for the future is contradictory.”

Wergan adds: “Technology is a natural part of our students’ daily life, and it has transformative potential to accelerate learning – guided by the teacher’s choice of how best to use technology for particular aspects of learning in our online or physical classrooms. Technology does not just support independent learning and research – it enables collaboration and student enquiry and through virtual reality software it deepens the student learning experience – from virtual practical experiments in Science to virtual oral practice in modern foreign languages.”

Graham Glass, CEO of Cypher Learning – which specialised in providing learning platforms for schools, businesses, organisations, and entrepreneurs around the world, concludes that the use of mobile phones in schools also comes down to a question of equity – ensuring that the children from the poorest backgrounds, who are less likely to have access at home to the latest technology, aren’t left behind. For example, in the future some children are going to be able to afford or have access to Apple AR Glasses, or an Android equivalent. Some children and some parents won’t be able to afford them. He thinks there may be a cut-off limit, whereby the Government would fund those devices. 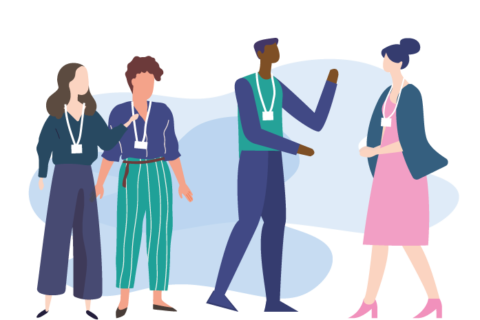 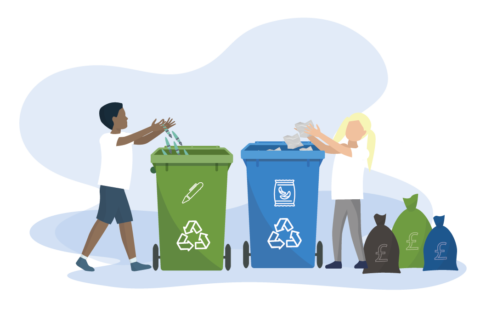 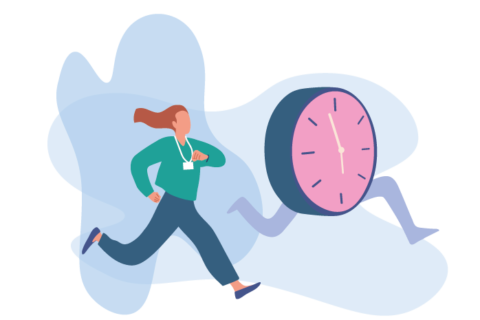